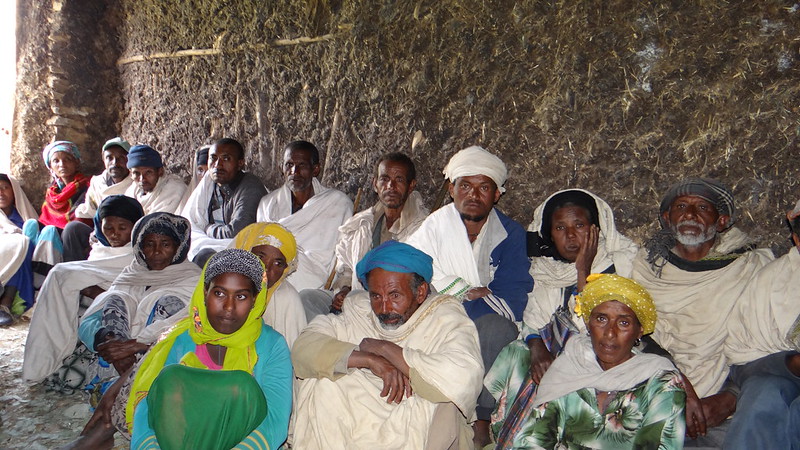 In Ethiopia, the major activities of the Livestock and Fish Program focus on small ruminant production and marketing and are led by the International Center for Agricultural Research in the Dry Areas (ICARDA), the International Livestock Research Institute (ILRI) and public and private institutions.

The implementation of the program’s activities in the country uses the value chain approach as the main framework and initial comprehensive national qualitative and quantitative benchmarking surveys were conducted in selected and nationally representative sites to guide this process. The surveys identified key production and marketing challenges and opportunities for developing the small ruminant (sheep and goat) value chain in Ethiopia.

The surveys revealed that asymmetries in market information access and analytical capacity, lack of collective action, poor market infrastructure, and concomitantly higher production and transaction costs undermine the profitability and market performance of the small ruminant keepers in the country.

Smallholder farm households are too small to influence the market with their individual marketing behaviour. They are always less informed than the other actors in the market exposing them to the blunt forces of the market that arise from considerable information asymmetry. But farmers associations established based on self-interest and voluntarily can turn farmers into powerful actor in the markets. The critical role collective actions play in increasing the bargaining power of smallholder producers is well documented. Organized farmers can collectively generate market information and decide on supplying (and purchasing if needed) their animals to the market. By working together, farmers can avoid forced transactions that happen through bargaining of prices between them and brokers and buyers resulting in lower than expected prices.

The key hypothesis being tested in this project is that small ruminant keepers are not receiving fair prices for their animals because of structural disconnections with the markets and with the key actors in markets that could be rectified through either collective action or access to adequate market information. This innovative experiment is meant to develop a dynamic and gender-sensitive framework to enable small ruminant keepers and other actors to be organized and sufficiently informed about all key aspects of markets and actors before they travel to trade in these markets.

One of the components of the project is a monthly training on collective marketing to sample farmers in both IO and UO markets. The first round of training involved 600 farmers and 9 experts of district offices of agriculture. The training on collective action which was given to 400 farmers and it’s goal was to create a common understanding among farmers of what marketing groups are, why farmers need them, how they are formed, how these groups are managed, and how such groups could be employed in small ruminant marketing.

The marketing group was defined as an intentional and voluntary gathering of two or more farmers to collaborate on small ruminant marketing. In this project, there are 50 participating farmers in each of the eight markets making 5 groups of 10 farmers in each market. The groups are formed based on self-selection among closely related farmers who know each other relatively well. The basic objective of the group is to increase the market participation and the price per head of the sheep and goats they supply to market.

Collective marketing groups (CMGs) can be described in terms of the basic functions they serve. The functions include:

The training also emphasized the reasons why farmers should opt for collective marketing. Smallholder farmers are always price takers in the markets both due to their characteristics (e.g. lack of cash income, illiteracy, lack of employment options, lack of power and authority, etc) and features of the markets they usually engage in (e.g. inconvenient location of markets and lack of transportation, sabotage by brokers and traders, lack of access to credit, lack of timely and useful market information, etc.) concomitantly receiving prices much lower than they expect to fetch for their animals.

Also, for the most part, farmer are hardly able to withstand the hustle and rushing in markets and the CMGs are expected to shield from the mishandling that is quite common in markets where sellers are more than the buyers.

But establishing and managing CMGs is not easy because of two reasons.

The training on collective marketing group formation and management will be a continuous activity and will also cover topics such as market intelligence, strategies of bargaining, identifying and investing on market preferred traits etc.