Improving animal genetics is the focus of one of the flagship projects of the Livestock and Fish CGIAR research program. It aims to maximize productivity – and profitability – ‘gains’ obtained from animal breeding and improvement.

It’s well-known that livestock can be bred for different priorities and objectives. In Australia, for example, sophisticated databases help farmers identify desired breeding traits and parameters so they can customize their sheep flocks for different markets. 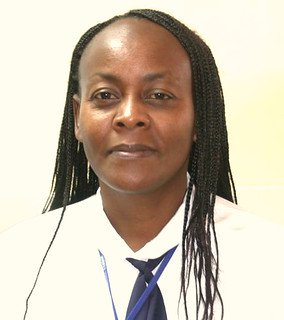 In 2015, ILRI scientists leading projects in Nicaragua and Somaliland took a special interest in the (human) gender dimensions of their projects. Working with the Livestock and Fish Gender Initiative, livestock geneticists Julie Ojango and Karen Marshall decided to dig deeper to discover whether specific gender analysis integrated in their projects could help the communities they work with realize improved genetics gains in their animals.

The gender analysis, it was hoped, would highlight any differences in livestock keeping objectives between men and women, show up preferences for different traits, and discover if and how these translate into animal breeding objectives and priorities. Around these specific genetics questions, questions about gender roles and norms and decision making would be better understood.

Recognizing that many governments and other organizations are setting up programs to improve the genetic makeup of national herds, these insights could inform priorities so artificial insemination services, for example, provide what women, men and markets want.

The two main cases worked on represent quite different livestock systems. In Nicaragua, the project works with dual-purpose (dairy and beef) cattle in intensive systems where markets are strong livelihood drivers. Interventions aims to provide producers with year-round regular income, more offtake, and increased profitability. In Somaliland, the degrading and fragile natural environments, threats of natural disasters and droughts, as well as human interventions (land enclosure for example) threaten the viability of pastoralist livelihoods. Interventions aim to reinforce community resilience and overcome vulnerability.

Both projects found differences in animal breed-type preferences. In Somaliland, there were also significant differences in livestock-keeping objectives.

In Nicaragua, women seek animals that are easier to manage and more docile – in terms of temperament and nature. They also look for high fertility and good milk production, and it seems, the right sort of milk to produce the local cheese. A Brahman x Brown Swiss is the type of animal they prefer. The men however prefer a Creole breed that is less good-tempered but is adaptable, has low maintenance and lots of calves. 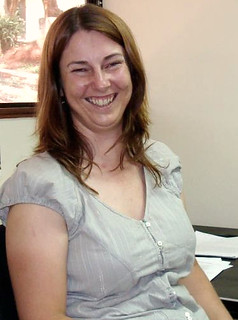 In Somalia, many objectives were given by the pastoralists for keeping livestock (up to 14, depending on the species). The most important reasons included domestic milk consumption and milk sales, income from sales of breeding animals, savings and insurance, domestic meat consumption, transport, drawing water from wells, as well as ceremonial and dowry purposes.

Depending on the species (camels, sheep, goats), women gave most importance to livestock as savings and insurance, to draw water from wells, as sources of income, and for domestic milk consumption. Men prioritized domestic meat consumption, income, sales of breeding animals, and uses of the hides, skin and bone.

The big question is whether these differences translated into different animal breeding decision-making in households and communities. Or indeed, if they are useful for outsiders determining wider or national livestock breeding plans.

In Nicaragua, Ojango and her gender coach, Maria Alejandra Mora Benard, identified women as the ‘silent breeders’. Despite having major roles in animal care and management and observing the animals daily, they were excluded from formal livestock management and knowledge flows. Men usually decide on sales and market issues, they select animals to buy and breed, they get training, and they engage with cooperatives and government on improvement schemes like AI. The scientists found that the formal (male) decision makers are not the ones best informed on the animals; while the (female) care-givers with the first-hand knowledge for breeding decisions are not the ones invited to the meetings and markets.

Both project leaders say this was a very useful exercise. For Marshall, this is one of the first studies she is aware of “that clearly shows gender differentiation in relation to reasons for keeping livestock, livestock trait preferences, and livestock breeding practices” in a developing country.

However, she says the pastoralists are making “purposeful selection decisions that match their own and market requirements.” From a productivity perspective, they face bigger issues around feeding their animals. So specific gender-differentiated breeding interventions are not on the short term agenda. We need to remember, she said, that for many developing countries, the “bottom line” priority is to breed for widely-shared goals related to animal growth and reproduction.

For Ojango, the main insights and implications were less around the differences in breeding objectives, although AI providers and breed associations can be encouraged to re-think the breeds offered. Instead, interventions will aim to raise the overall productivity and profitability of the livestock system, which currently features low animal-breed quality, often the wrong breed-types and low productivity. Interventions will include specific attention to gender roles, norms and relations, recognition of the real roles that women play in livestock care and management, and explicit involvement of women in advisory and knowledge flows. The idea is for them to let go of their silence in breeding and grow confidence and voice and be empowered to participate in decisions on the composition of their livestock herds.

Reflecting on the gender analysis, Marshall found the whole exercise a useful proof of concept, showing that there are gender differences. But she cautioned against generalizing to all livestock systems. While the gender insights were useful, they will be difficult to use to determine, for example, national breeding strategies. These, it seems, are normally compromises between different priority traits. Making sure that gender-differentiated priorities are taken into account would be important.

Beyond different breed preferences between men and women, she, like Ojango, pointed to imbalances in gender roles and decision-making as important factors to address. She suggested it may be useful to look at the “intersections of gender and wealth groups” as ways to guide breeding objectives. Referring to another project in Senegal, research shows that better-performing animals are generally more expensive, they require more management and have requirements for housing, improved feed, shade and the like. Reducing entry costs so poor people can get access to improved breeds, many of whom may be women, will be an important way to realize productivity gains from livestock genetics.

Are the livestock systems significant?

An interesting side conversation was whether there are fewer, more commonly-shared livestock-keeping objectives in intensified, more market-oriented rapid growth livestock systems. Just as the Australian sheep farmer looks for income and business returns from his animals, men and women pig farmers in Vietnam and cattle farmers in Nicaragua share market-led goals. There are perhaps fewer gender-differentiated breeding objectives. But, there will perhaps be greater challenges to overcome to ensure that women can fully participate in these livestock and animal-source food markets.

On the other hand, more fragile pastoralist livestock systems may precisely retain their gender-differentiated livestock objectives as the livestock themselves continue to serve many purposes, including income, nutrition, savings, transport and culture. Genetic gains may mean quite different things to people in intensifying or in fragile livestock growth systems. This is an issue to return to later perhaps.

More information on the projects in Somaliland and Nicaragua

One thought on “What women want? Gender, genetics and livestock improvement”