Communities exposed to better and safer pig production knowledge have increased their production, according to preliminary findings by researchers from the International Livestock Research Institute (ILRI) and the Vietnam National University of Agriculture (VNUA). 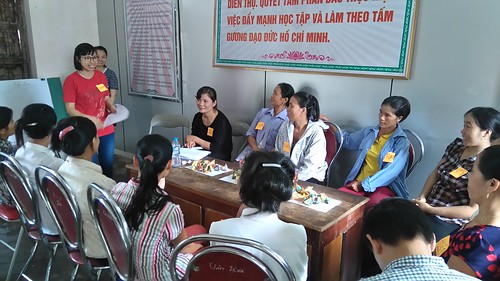 The focus group discussions (FGDs) on smallholder pig farming practices were undertaken as part of the CGIAR Research Program on Livestock and Fish research on pig value chain in Vietnam. The preliminary findings are expected to contribute evidence-based research to an ongoing Livestock Competitiveness and Food Safety Project (LIFSAP) in Vietnam to determine whether exposure to better and safer pig production knowledge and practices is improving smallholder farmers’ livelihoods.

Several years into the project, LIFSAP has helped improve the effectiveness of household-based livestock producers. It is a good example of the adoption of technology and upscaling of initiatives. LIFSAP has also reduced environmental impact of livestock production, processing and marketing, and has enhanced food safety and hygiene in livestock product supply chains.

ILRI and VNUA are studying the adoption of Vietnamese Good Animal Husbandry Practices (VietGAHP), which have been introduced and tested among pig farmers in selected provinces in Vietnam. Specifically, the study is assessing adoption of VietGAHP by farmers who have trained with LIFSAP, compared with non-VietGAHP-trained farmers. The study’s approach also includes gender analysis. 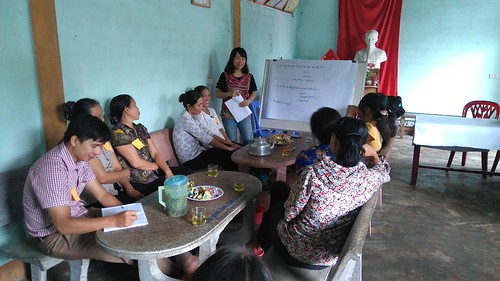 The review took place in three sites in Nghe An Province: two VietGAHP-exposed communes in Dien Chau District, and one non-VietGAHP-exposed commune in Hung Nguyen District. Guided by a set of qualitative and in-depth questions, in each commune researchers conducted two FGDs and talked to women and men separately in groups of 10. They asked respondents questions about their perceptions, opinions and beliefs related to pig production practices. Using a gender lens, they sought to determine whether viewpoints of men and women would differ on certain topics.

Both genders demonstrated the same level of awareness of the general benefits—income generation, employment, manure for cultivation—and losses—environmental pollution—of pig production. However, when it came to production outcomes, those farmers trained in VietGAHP benefitted substantially more in terms of increased income and efficiency in pig raising, a cleaner environment, and enhanced animal health and technical knowledge, as well as material support from LIFSAP.

The FGD participants were also asked whether they found VietGAHP applicable. Those coming from VietGAHP-exposed communes generally did. However, they found a few safety guidelines cumbersome and unrealistic— such as the purchase of piglets from the same certified source and the provision of dedicated equipment for the transportation of pigs. Meanwhile, those in the unexposed commune appreciated the potential benefits and expressed an interest in receiving the same training. 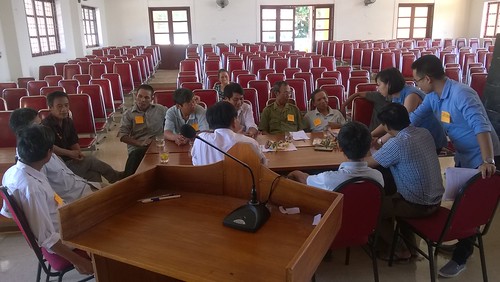 A traditional breakdown in the division of labour and in decision-making in smallholder pig farmers were found to be prominent. Heavy tasks such as constructing pig shelters and treating pig diseases were done by men, while ‘lighter’ tasks such as cleaning and feeding were handled by women. The researchers also noted that those who handled the key tasks also tended to be the ones attending training sessions.

But changing patterns in gender differences in decision-making about pig production are emerging. Traditionally, women managed household pig production, while men looked for jobs elsewhere. Expanding production has seen husbands join their wives in the business. Decisions are now generally made based on agreements/negotiations between husband and wife; however, in case of disagreements, the husband retains the last word, reserving his traditional role as final decision-maker.

While the researchers observed that the income from pig production is often held by women, decisions on its use are jointly decided by both husband and wife. Not surprising as the income by smallholder pig farmers is largely used to pay debts accumulated over the production cycle, invest in future production, and pay household expenses.

The focus group discussions, part of the LIFSAF project, funded by ILRI and the World Bank, were conducted by two Hanoi-based ILRI scientists—Lucy Lapar and Thinh Nguyen—and four researchers from VNUA, led by Nguyen Thi Duong Nga, in Nghe An Province on 17-19 September 2015.

For further information, see article on Livestock and Fish Vietnam’s research on pigs in the Central Highlands and North Central Coast.