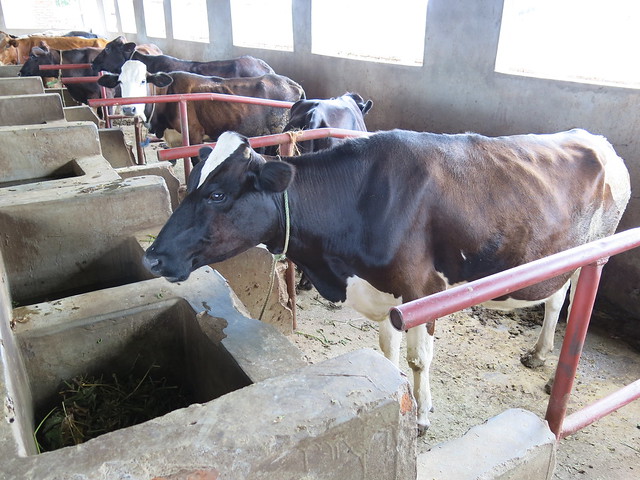 The livestock sector in Tanzania contributed about 6% of the country’s total GDP in 2006. But despite its importance in the country’s economy, the sector faces a myriad of constraints. The dairy market is poorly organized and is characterized by individual small-scale farmers who sell milk directly to market in small quantities and many of them lack the bargaining power associated with economies of scale.

Low access to inputs and services including breeding, feed and animal health are also key constraints. Additionally, the dairy market is unpredictable due to price fluctuations associated with seasonality of milk supply. Most farmers prefer to sell their milk to restaurants and neighbouring households which offer higher prices while the several milk collection centres in the country operate below installed capacities averaging only 30% utilization annually.

Attempts to improve dairy development in the country have fail to address these constraints because most of the approaches used are not pro-poor and do not target pre-commercial producers due to lack of evidence on the most efficient approach. Appropriate organizational models are needed to improve access to inputs and services and market access for farmers to improve their income and achieve food and nutritional security both for the producer households and for poor consumers.

The More Milk in Tanzania (MoreMilkiT) project that is funded by Irish Aid in support of the CGIAR Research Program on Livestock and Fish (locally referred to as ‘Maziwa Zaidi’) is helping to address these knowledge gaps. The project is implemented by the International Livestock Research Institute (ILRI), Sokoine University of Agriculture, Faida Mali, the Tanzania Dairy Board and Heifer International.

A ‘Rapid appraisal of dairy value chains in Morogoro and Tanga regions in Tanzania’ has identified key entry points for beginning to address the above constraints through focus group discussions. It was conducted across eight villages in Kilosa and Mvomero districts in Morogoro region and in Mvomero and Lushoto districts in Tanga region.

Feed shortage was a common complaint as a result of scarcity of land and water and also because farmers lack knowledge in feed conservation. The study revealed that lack of knowledge on the farmers’ part is a major hindrance to the success of the dairy sector. For example, farmers need training on fodder production and using concentrates by-products of sugarcane (molasses) and rice milling (husks) which are currently not being fully utilized as animal feed.

Also, there is little knowledge on human diseases sourced from animals. Some farmers thought drinking raw milk is safe and could not link consuming raw milk to any zoonotic diseases. The study also found that women make decisions on spending income from milk sales but important decisions related to livestock are jointly made. Most farmers use bulls for breeding and there is need for training on artificial insemination (AI) to improve the quality of livestock.

The report also calls for more awareness to enlighten farmers on the benefits of collective action as a mechanism for enjoying improved access to credit services, inputs and output markets.

These constraints are now being pursued through more in-depth studies under the MoreMilkIT and other Maziwa Zaidi projects including piloting of best-bet interventions and monitoring of related outcomes.