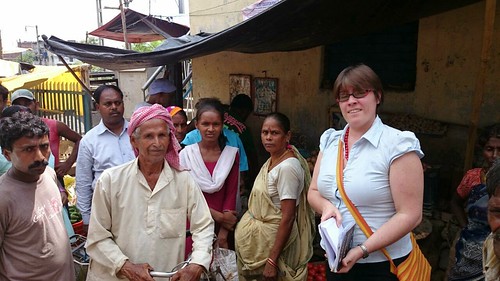 The CGIAR Research Program on Livestock and Fish, which is led by the International Livestock Research Institute (ILRI), has been implementing improved site selection procedures to better determine, and focus, its activities for impact in the next 10 years. In 2014, two sites were selected in each of the three value chain countries: Bangladesh, Burkina Faso and India.

We spoke to Catherine Pfeifer, a spatial analyst in ILRI’s Livestock Systems and Environment Program, about the approaches used.

According to Pfeifer, the approach of selecting project sites is very effective because it brings together ‘the right constellation of partners’ demands and willingness to contribute.’ It also ensures that ‘we go to the right locations and that stakeholders are enthusiastic about the start of project activities.’ It also helps in targeting the dissemination of research outcomes, she said.

The procedure, which is applied in the same way in all the 9 value chains in the program’s target countries, generally follows three steps (see how Ethiopia did it; and Vietnam).

In step one, the ILRI geographic information system (GIS) team looks at the data and evaluates where livestock keepers and livestock consumers are and maps out their status in terms of poorer, less poor, more livestock and less livestock. This information differentiates domains, from which the domains containing poor households with livestock are selected to meet the Livestock and Fish program’s objective of ‘more meat, milk and fish by and for the poor’.

Step two involves organizing stakeholder workshops where the different stakeholders identify other variables to consider in selecting the sites. They define their areas of concern for a more holistic starting point. This stage captures, through a participatory process, information that the global data sets may not be capable of mapping. This step also aid in ‘buying in’ stakeholder involvement and forging partnerships. Issues such as the level of social capital are also identified at this stage. 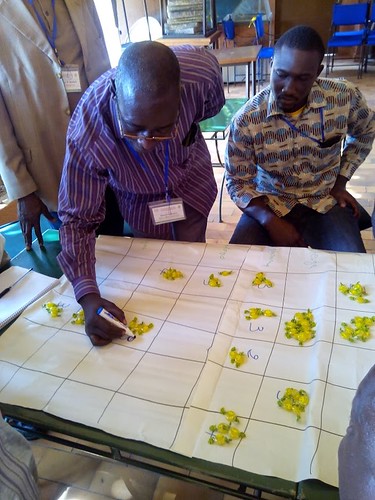 All the potential sites are then ranked. In Burkina Faso, for example, the stakeholders were given a matrix of potential sites, the criteria they had defined themselves and a park of a hundred sweets. The group was asked to decide where to put the sweets and to, in the process, negotiate. The entries with the highest number of sweets were considered more important.

‘Numbers will never be able to tell as much as a stories. The more you zoom in on maps, the more data becomes irrelevant and stories become important’

However, stakeholders also have their own dynamics that affect their choices or rankings. To address this, step three involves groundtruthing. This is a cross-checking step where the site selection team goes into the fields to select the three to five most promising sites depending on how many they need in a country. During these visits, they talk to individuals in the community and collect data to make the selection context and environment specific.

‘In the face of all these, a concern arises on how much weight to give stakeholders, how to involve them and the need for science and diversity in carrying out assessment and it is a thin line,’ admits Pfeifer. ‘To address these concerns, Pfeifer says researchers need to ‘balance between the qualitative and quantitative data they obtain’.

The qualitative data gives context to the quantitative data because, by themselves, ‘numbers will never tell as much as stories.When you scale down in maps at the global scale, the more you zoom in the more data becomes irrelevant and stories become important.’

Pfeifer further mentions that although this site selection procedure may appear to ignore the science, it embraces diversity and creates room for wider stakeholder involvement. For example in India, the program ended up with two sites in the same agro-ecological zone in neighbouring districts, but with very different livestock value chains.